Inspire Medical Systems received FDA approval in 2014 for their Upper Airway Stimulation therapy to treat obstructive sleep apnea, and we were the first center in the Western United States to offer this treatment to patients after that approval. We have a substantial experience with this therapy here and have always felt it essential to discuss it as an important option that can provide excellent results for many patients with obstructive sleep apnea. This technology delivers electrical stimulation to the hypoglossal nerve, which is the nerve that controls tongue movement. This stimulation moves the tongue forward and can be exactly what a patient needs to open the space for breathing in their throat and treat their obstructive sleep apnea.

One of the most interesting things about the approval for Upper Airway Stimulation was the requirement that patients undergo drug-induced sleep endoscopy (DISE) before surgery as part of the eligibility process. DISE is an evaluation of patients under sedation designed to reproduce something close to natural sleep, and the purpose of DISE is to  determine the physical causes of the blockage in breathing that occurs in obstructive sleep apnea. The requirement of DISE before implantation of the Upper Airway Stimulation system was based on a small study done early in the clinical testing that suggested that a DISE finding of what is called complete concentric collapse related to the soft palate (velum) was associated with poor outcomes. Based on this study, DISE was added as a requirement for enrollment in later studies of Upper Airway Stimulation, including the STAR Trial that showed substantial improvements in obstructive sleep apnea and served as the basis for FDA approval.

Can we use DISE findings in a better way?

DISE offers substantial information about the pattern of airway blockage overall, much more than just whether or not a patient had this one specific pattern of complete concentric collapse related to the soft palate. My feeling for a long time has been that we were not using DISE fully to guide the decision about whether Upper Airway Stimulation might achieve the results we want. To answer this question properly, you need large numbers of patients from multiple centers, and this is exactly the approach we took with our international, multicenter study showing an association between DISE findings and outcomes of other surgeries.

Last month, the medical journal Laryngoscope accepted for publication a similar study from our group. I am biased, but I really think this is an important contribution to improving the care of patients with obstructive sleep apnea. Philip Huyett, MD started this study when he was finishing his training with us at USC and finished the work as he joined the faculty at Massachusetts Eye and Ear. It was not a trivial effort. The centers (with coauthors) collected data from a total of 343 adults with obstructive sleep apnea who were treated with Upper Airway Stimulation across 10 centers. For each study participant, the center sent the actual video from their preoperative DISE evaluation. All videos were reviewed by four experienced sleep surgeons: Dr. Huyett; David Kent, MD from Vanderbilt; and Mark D’Agostino from the Southern New England Ear, Nose, Throat, & Facial Plastic Surgery Group and Yale; and me. We combined the scores into consensus scores of DISE findings and tested the association with outcomes of what is called the titration sleep study, in which a patient undergoes a sleep study in the sleep lab, with determination of optimal settings for the Upper Airway Stimulation system. The titration study is probably not the ideal setting to judge how well the system is working because the results on the optimal settings come from only part of the night (because many different settings are tested during the sleep study).

Important study results re: the tongue and sides of the throat

Overall, there were substantial improvements in obstructive sleep apnea with Upper Airway Stimulation, and 73% of the group achieved what would be considered a substantial improvement, at least according to the titration sleep study. For me, the two most important findings were related to DISE findings concerning the tongue and the side of the throat (oropharyngeal lateral walls). Importantly, the real impact is clearer when placed in context of our previous study of other sleep apnea procedures.

For the tongue, Upper Airway Stimulation results were better with complete blockage of breathing related to the tongue (78% response rate vs. 68% with either partial or no blockage related to the tongue; p-value = 0.043 for those who are interested). This almost seems counterintuitive, in that you might wonder why more blockage leads to better results. My best guess is that complete tongue-related obstruction suggests that the tongue is the key factor causing the obstructive sleep apnea, so a treatment that moves the tongue forward directly likely Upper Airway Stimulation would be expected to be perfectly suited to this therapy. This finding is even more important in light of our previous study that showed that complete tongue-related obstruction was associated with poorer outcomes from other procedures. The result is that I tell patients with complete tongue-related blockage that Upper Airway Stimulation may really be the right approach for them, as results are just better than other procedures, everything else being equal.

I hope that this discussion has not been too technical. I write about this research because I feel that high-quality, scientific research can directly improve results for patients. I love performing research and using research to enhance the quality of discussions with my patients so that we can make informed decisions together. 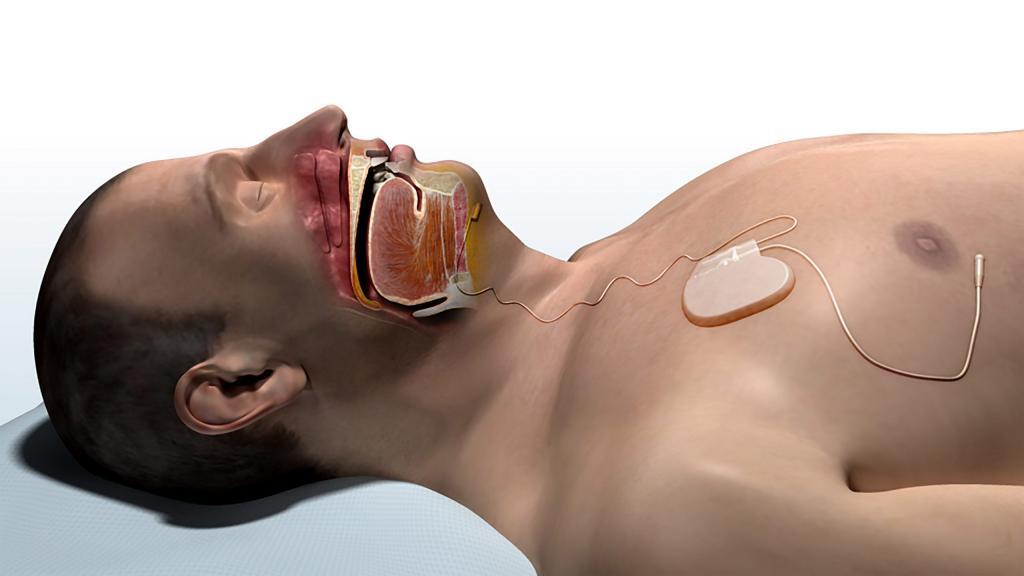