Our 2018 Advanced in Diagnosis and Treatment of Sleep Apnea and Snoring course was just held in San Francisco, and I wanted to share some of the highlights.  I truly enjoy being a co-director of this course, as we have an outstanding faculty from whom I always learn a temendous amount.  They deliver updated lectures on a wide array of topics related to sleep apnea and snoring.  On this post, I will share just some of the newest concepts and research that were presented.  Because I am a surgeon and have written on many surgical topics (and give my own talks at the course related to topics that have been considered on my main sleep-doctor.com website and this blog), in general I write in this blog on the nonsurgical topics that are presented–allthough these have obvious implications for sleep apnea and snoring surgery.  For example, here are some highlights from the 2017 course.

Bob Owens, MD from the University of California, San Diego spoke on a number of topics.  Research in what is called sleep apnea phenotyping or endotyping has been performed by Bob and colleagues at Brigham and Women’s Hospital, UCSD, and Australian researchers like Danny Eckert, PhD and Amy Jordan, PhD.  This work has shown that obstructive sleep apnea is often related to a number of factors, including abnormal anatomy, muscle responsiveness, loop gain, and arousal threshold.  I will not explain these concepts in detail, as they can be complicated, even to physicians and other scientists.  Suffice to say that the question has been whether we could determine how important these various factors are in individual patients with sleep apnea.  This could make possible the use of “alternative” treatments like specific medications or oxygen therapy.  Because surgery primarily addresses anatomy (it can also affect muscle activity), the question is whether surgery is the wrong pathway entirely for some patients (if their anatomy is not important).  Recent research in this area from Bob and his colleagues has, in fact, shown that anatomy seems to be a key factor in sleep apnea, with these other factors not explaining sleep apnea except in somewhat rare situations.

Kathleen Sarmiento, MD, MPH from the University of California, San Francisco spoke about the role of telemedicine in the treatment of obstructive sleep apnea.  Telemedicine is being used increasingly in sleep medicine, especially in the monitoring of patients treated with positive airway pressure therapy.  She has worked within the Veterans Affairs medical system to address the tremendous unmet need for sleep medicine care, starting with evaluation of patients with suspected obstructive sleep apnea.  Telemedicine has been a major push of the American Academy of Sleep Medicine, using their SleepTM platform.  I personally use telemedicine for patients who are interested in possible surgical treatment.  The challenge is that I can obviously not perform a complete physical examination, but often I can have a reasonable discussion of some of the key decisions related to sleep apnea and snoring surgery.

Grace Pien, MD, MSCE from Johns Hopkins University then discussed the differences between women and men with obstructive sleep apnea.  Men generally have 1.5-3 times the likelihood of sleep apnea than women.  However, women are at increased risk of sleep apnea during pregnancy, where the fluid retention and weight gain likely explain the changes.  Women also have increased risks of sleep apnea as they start going through menopause (and after menopause), likely due to the protective effects of estrogen and progesterone.  The evidence does not support the use of hormone replacement therapy to protect against or to reverse these changes, however.

Allan Pack, MBChB, PhD from the University of Pennsylvania discussed the link between obstructive sleep apnea and cognitive dysfunction, including Alzheimer’s dementia.  Amyloid beta and tau are two proteins that have been implicated in the development of Alzheimer’s dementia.  The fascinating talk explained the deposition of amyloid beta during wakefulness, with clearance of this amyloid beta protein (and others) during sleep, especially slow wave sleep.  Older adults have a marked decrease in the amount of slow wave sleep, which theoretically could explain the accumulation of amyloid beta in the brain over time.  There are a number of studies showing that moderate to severe obstructive sleep apnea is associated with cognitive decline over time, with an increased risk of 25%.  The next step is whether treatment of sleep apnea can reverse these changes, and right now the evidence is not clear.  There is one small study showing that patients with deposition of amyloid beta in their brains (based on an imaging study called a PET scan) did have an association between the severity of sleep apnea and the amount of amyloid beta.  Also, another small study indicated that patients with sleep apnea who did not use their CPAP experienced cognitive decline, as compared to no changes in those who did use their CPAP.  It is worth noting that a randomized trial was stopped because nobody (patients or their physicians) wanted to accept the possibility that they would not receive the option of using CPAP.  The best study that may come out to answer this question will be using sophisticated statistical methods (something called propensity scores) to evaluate scientifically whether CPAP use is protective against cognitive decline.

Sam Kuna, MD and Dr. Pack then engaged in a Pro-Con discussion about the benefits of positive airway pressure therapy (such as CPAP) for cardiovascular outcomes in the treatment of sleep apnea.  They addressed the multiple large randomized controlled trials showing no clear benefit, to everyone’s surprise.  They felt that there are still multiple studies showing cardiovascular benefits of CPAP and suggested that the randomized trials have important problems with study design.  They agreed to disagree on the implications, with Sam indicating that the study flaws were especially problematic whereas Allan felt that the benefits need to be shown clearly.  They concluded by agreeing that future studies include assessments of of other cardiovascular risk factors (exercise, weight gain, etc.).

One of my favorite talks of the course is Dr. Pack’s review of the most important studies over the past year.  This year, he discussed some recent work showing that sleep apnea patients fall into 3 clusters: those who are sleepy or fatigued, those who have difficulty falling asleep or staying asleep (insomnia), and those who have no symptoms but can have even a higher rate of medical conditions like high blood pressure.  Interestingly, recent research has shown that the response of these clusters to CPAP is very different.  For example, those who are sleepy before treatment will tend to show greater improvements in sleepiness, while those with insomnia may show less improvement in sleepiness but more improvement in measures of insomnia.  This may sound obvious and simplistic, but showing this scientifically is more complex than it seems.  Other work has identified clusters based on sleep study results, with the suggestion that there may be subgroups who are at more risk for cardiovascular disease related to sleep apnea.  In one study published last year, it seemed that CPAP reduced cardiovascular events (such as stroke and heart attack) only in two subgroups: those with severe obstructive sleep apnea who also had substantial drops in oxygen levels in the body and those with mild sleep apnea who also had significant disruption of their sleep from periodic limb movements (thought to be separate from sleep apnea but another source of sleep disruption).  Finally, Dr. Pack spoke about some intriguing research determining the so-called physiologic traits (like arousal threshold and control of breathing) from a sleep study.

Gary Foster, PhD from the University of Pennsylvania and Weight Watchers International gave two lectures related to obesity and sleep apnea.  Dr. Foster is one of the world’s experts in obesity and weight loss management, and his lectures are always current, engaging, and informative.  One of the overriding themes is that body weight has a substantial genetic component–but that only half of the variation in body weight is explained by genetics.  This means that diet and exercise have an important impact on body weight but that there is still quite a bit that can be done about body weight.  Studies related to obesity and sleep apnea have generally been done with individuals who are considered obese, based solely on a body mass index greater than 35 kg/m2.  Across the board, there seems to be what is called a dose-response relationship: the more weight people lose, the more their sleep apnea improves.  Interestingly, it seems that weight loss must be notable, whether more than 5 kg (11 pounds) or 10 kg (22 pounds).  Surprisingly, the benefits that people see in their sleep apnea often will continue, even if they regain some of the weight they have lost over a span of several years (common with diet/exercise programs of all types).  They certainly add to the recommendation of weight loss as an important potential treatment (especially in combination with other treatments) for overweight or obese individuals with obstructive sleep apnea.  Studies have also shown that having an individual record their food intake and exercise activity, along with recording their weight on a daily-to-weekly basis.  For dietary changes, decades of research in obese individuals have shown that the most important determinant of weight loss is calorie intake.  The type of diet (such as low-carbohydrate diets) had no influence on the amount of weight loss.  When it comes to medications to treat obesity, Dr. Foster makes a passionate call for use of long-term medications instead of short-term medications if one is going to use medications.  The available long-term medications include phentermine/topiramate, lorcaserin, liraglutide, and naltrexone/buproprion.  In general, the medications generally show a decrease in body weight of 5 kg (representing a 5% decrease in body weight for patients in the studies).

Andrew Goldberg, MD, MS has an active research program with collaborators at UC San Francisco related to the human microbiome, both related to the gastrointestinal tract or the sinuses.  Focusing specifically on the microbiome of the gastrointestinal tract, he spoke about the association between the microbiome and obesity, the differences between industrialized and non-industrialized societies, and the decrease in dietary diversity that has occurred over time.  The evidence is not as clean in humans as it is in mice, yet there is some very preliminary work related to transplants of fecal microbiota from humans to humans (more scientific and less disturbing than it sounds–yet still an odd concept).  I look forward to hearing about this work in the years ahead. 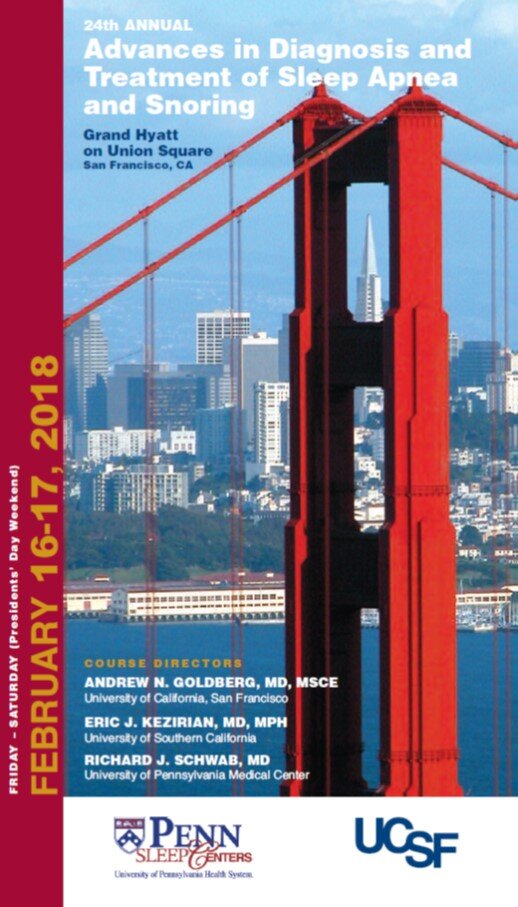